Home  ›  Russian cities  ›  List of five cities: A trip on the line of The Trans-Siberian railway! 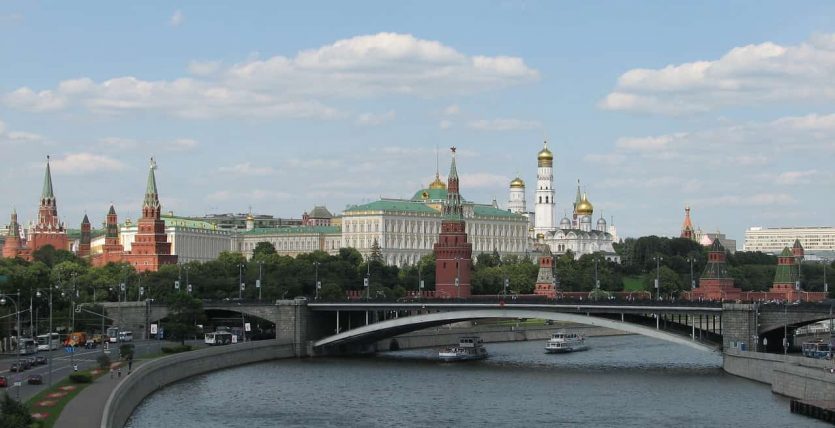 Planning a trip through vast land of Siberia could be an overwhelming idea, and traveling by the trans-Siberian railway might be the best way to live a special experience and explore the beautiful cities along its line!

Our first station! And what an amazing place to start our trip with! Moscow is located on the banks of the Moskva River, which flows for just over 500 kilo meters through the East European Plain in central Russia. The capital Moscow has always been a popular destination for tourists, and some of the best known tourist places include the UNESCO World Heritage Site.

The Moscow Kremlin, Red Square, Spasskaya Tower and many other charming attractions, makes this city a really wonderful place and surly worth a visit.

Omsk is a major rail, road, and air hub. The city is served by a station on the Trans-Siberian Railway, and by the Tsentralny Airport.

Many improvements in the city not only to the infrastructure, but also to the cultural life took place. These included for example: The construction of new leisure parks, the renovation of the city’s historic center, the establishment of the annual Siberian International Marathon, in addition to the annual City Days Festival. However, if you choose to stop in Omsk, don’t forget to admire its beautiful architecture monuments too!

It is the largest city, and is also the administrative center of the oblast of the same name. Founded in 1893 at the future site of a Trans-Siberian railway bridge, crossing the Great Siberian Ob River. However, if you were a music lover, the city owns many notable music venues to visit, such as:
The opera theater, the Novosibirsk State Institute, Novosibirsk State Philharmony, home of the Novosibirsk Academic Symphony Orchestra and many other venues.
Among the city’s tourist attractions: The Gallery of Paintings, the Botanical Garden and the only zoo in Siberia, which includes 182 species of animals listed in the International Red Register and another 80 registered in the Russian Red Register.

Irkutsk is the largest city and administrative center of the eponymous oblast. The city lies on the Angara River, about 850 kilometers to the south east of Krasnoyarsk. In addition to the beautiful and charming landscapes and the picturesque scenes of Siberian nature in Irkutsk, there are many museums that you may be interested in visiting if you are a history lover.

And don’t forget Lake Baikal! It’s located in Irkutsk Oblast, and is the oldest lake and the world’s largest freshwater lake by volume. It’s absolutely one of the most special places on the TSR line. Therefore, If you’re only going to make one stop along the way, stunning Lake Baikal is the one.

The beautiful city of Vladivostok is the last station on our list! This port city is situated on the Pacific Ocean around the golden horn pay. Vladivostok city is famous not only for its special location in the Russian Fareast, but also for its two bridges Russky and Golden! So meanwhile you are in Vladivostok, do not miss the opportunity to admire the two famous bridges. Both of Russky bridge that connects the city with the neighboring island of Russky, and the Golden Bridge that was built over the Golden Horn Bay, are one of the most important land mark of Vladivostok city.

You can also read more about the Trans-Siberian railway (TSR).

Tyumen: The City of History, Industry and Economic!
Previous Post Next
× How can I help you?