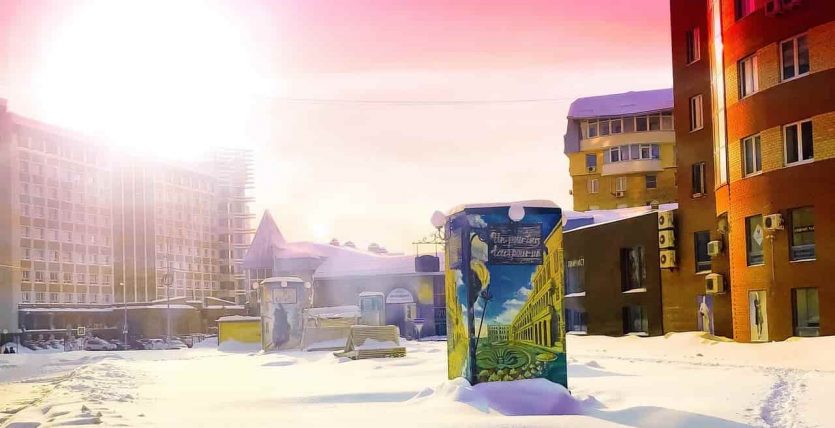 Join us in this paragraph and read about Tyumen, the oldest town in Siberia. Learn more about its geography, population, economical and historical importance.

Tyumen is the administrative center and largest city in the Tyumen Oblast, Russia. With an area of 235 square kilometers, the city is among the largest cities of the Urals and the Ural Federal District. Tyumen is located east of the Urals, along the Tura River, and it’s 1725 kilometers from the capital, Moscow.

The population of Tyumen grew steadily from the 16th to the 19th centuries. At present, the city has a population of more than 750,000 people.

How did the Trans-Siberian Railway affect the population in The City?

However, when the Trans-Siberian Railway arrived at the end of the 19th century, a significant increase in the population growth rate of the city took place. In other words, Tyumen soon became the largest city in the region, with a population of about 30,000 residents at the beginning of the twentieth century.

Are there other factors that contributed to the increase in the population?

In the 1960s, the rich oil and gas fields in western Siberia were discovered and that caused the city’s population, which was not expected to exceed 250,000 residents in that decade, to nearly half a million. After the growth of the 1960s, the period of population stability lasted until 1988. Both migration and incorporation of neighboring settlements Caused further population growth. 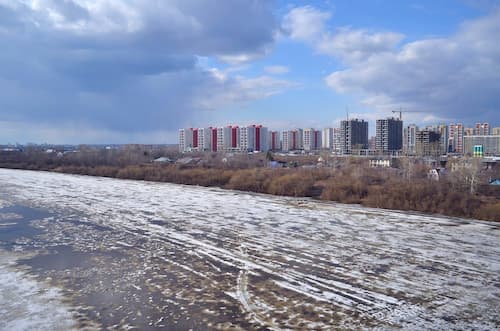 The historical and economical importance of Tyumen:

Tyumen was the first Russian settlement in Siberia. The town was founded in 1586. And nowadays, the central part of Old Tyumen retains many historic buildings from throughout the city’s history.
The town stood on the “Tyumen Portage”, part of the historical trade route between both of Central Asia and the Volga region.

Tyumen rapidly developed to a large commercial and industrial city. Because of its special location at the junction of several important trade routes and with easy access to navigable waterways, the city has remained one of the most important industrial and economic centers east of the Ural Mountains. Today, Tyumen is an important business center. It is the home of many companies active in Russia’s oil and gas industry, as well as the transport hub and industrial center of the Oblast.

Tyumen is served by the international Roschino Airport located 13 kilometers west of the city. The need for a new airport in the region was growing as oil industry was developing fast, an airport which will be able to receive aircraft intended for the transportation of national economy goods to the north of the Oblast. And above all, to ensure passenger air traffic at the airport.
In addition to Roschino Airport, Plekhanovo Airport is in the area too. The city has a regular service to a large number of Russian towns, including, Moscow (9 flights a day), St. Petersburg and Samara. There are also weekly or biweekly flights to many international locations, for example, all of: Baku, Erevan, Khujand, and Tashkent are on the list.

The city of Tyumen today is a major industrial, scientific, cultural and sports center. moreover, its landmarks have changed greatly in recent years, and modern residential neighborhoods, streets, and bridges have emerged. There are also many historical and architectural monuments in it, which makes it such a beautiful city worth visiting.

Read more about the longest railway line in the world in this article: Trans-Siberian railway (TSR).

TOP TOURIST DESTINATIONS TO MUST VISIT IN RUSSIA
Previous Post Next
× How can I help you?