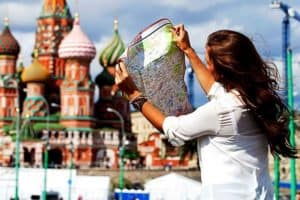 Tourism in Moscow Capital of Russia


Tourism in Moscow Capital of Russia is a highly developed industry, which is closely connected with the tourist sector of the Moscow region, on whose territory many of the Golden Ring sights are located. This city is so luring tourists that in 2016 the number of visitors to Moscow exceeded the permanent population of the city. What attracts so many people in the capital? The tourist sector of Moscow is represented by traditional excursions and a promising direction of business tourism. Also, this city is a political, scientific, historical, architectural and business center of the country.

International tourism is growing significantly. Since the early 1990s, many people have come to Moscow from countries such as the PRC, Germany, Vietnam, Thailand, Italy, Greece, France, the Czech Republic, etc. Every year, foreign guests make up about 30% of Moscow’s tourist traffic.

In this case, you can visit the capital at any time, regardless of the season. In the summer you will find many comfortable beaches, among which there are both paid and free recreation areas near the water. In winter, the ski area near Moscow in the north of the region is popular. There is a huge sports and entertainment base for lovers of skiing, snowboarding, skating and snowmobiles.

For lovers of history and culture in Moscow and the region there are many estates, museums, monasteries and monuments. The estate near Moscow keeps many secrets, they represent a vivid image of Russia in the second half of the XIX century. Of particular interest are the two expeditionary routes “Flower Symphony” and “Slavic patterns of the Moscow region”. They acquaint tourists with such cities as Orekhovo-Zuyevo, Pavlovsky Posad, Yegoryevsk, as well as with Russia’s only museum of shawls and headscarves, Dulevsky Porcelain Factory and many other attractions.

However, many people from different cLet’s tell where and where to go in Moscow. Why should come to Russia and visit Moscow. What interesting cultural heritage in Russia is worth seeing foreign tourists “/>ountries travel to Moscow for work and business. The so-called business tourism is a huge travel sector, made for a wide variety of business purposes. 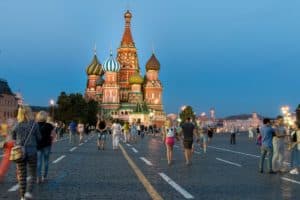 Visa to Russia for foreigners