Home  ›  Russian cities  ›  Yaroslavl – the capital of the Golden Ring 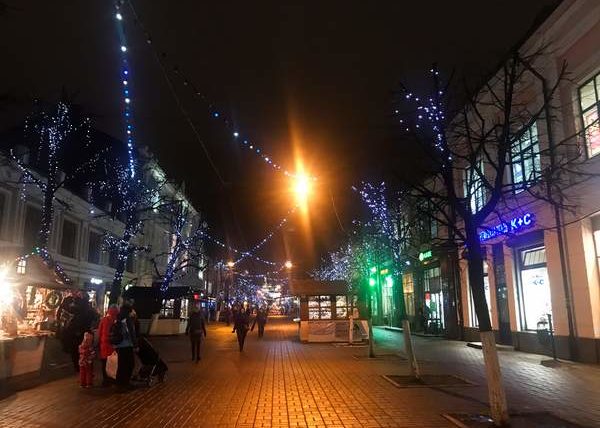 The beautiful and modern city of Yaroslavl is the capital of the Golden Ring of Russia. City is history, city is legend. Despite the fact that Yaroslavl recently celebrated its 1000th anniversary, it can be safely called a modern city! Among the old buildings, memorable historical sites, beautiful ancient churches and stately estates, new high-tech houses and fascinating buildings are being erected in the sky.


Yaroslavl is a very popular place among tourists, especially those who love to come to the city on holidays. What can I say, if the most important carnival in Russia takes place in this city! They also love this city for its cozy atmosphere and moderate rhythm. Many people come from the capital for the weekend to Yaroslavl just take a breath and relax.

Yaroslavl: The city is upset and acquires new colors in terms of infrastructure, but nevertheless this does not mean at all that there is no way to admire nature in Yaroslavl! The city is simply rich in parks and squares: Tveritsky park, Petropavlovsky park, Sudostroiteley park, Mira park, Yaroslavl’s 1000th anniversary park; square “Meeting”, square “on Mukomolny Lane”, square “Demidovsky”, square on the street. Tereshkova and so on.

And why is there only an amusement park on the Daman Peninsula, and the great value of Yaroslavl, the arrow, which is the border between the flowing river Volga and Kotorosl. Where else can you see this? It is not in vain that this historical place of Yaroslavl is included in the UNESCO list. It should be noted the embankment of the city, because this is one of the most favorite places for frequent walks of residents and guests of Yaroslavl.

Yaroslavl: This city is also famous for its attractions. One of which is the Transfiguration Monastery of the XII century. On the territory of the monastery, the eponymous cathedral with golden domes and frescoes of the 16th century rises majestically. And in the Yaroslavl Museum-Reserve you can even see icons of the XVI-XVIII centuries. Not far from the museum-reserve is the Church of the Epiphany with a facade decorated with magnificent multi-colored tiles.

The city of Yaroslavl is very individual, unique and diverse. It has its own special mysterious energy. This city is not comparable with anything! Arriving once, you will not be able to not come back here again. 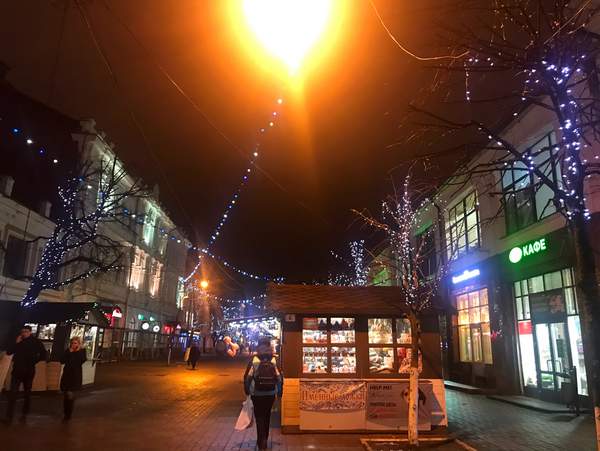 Yaroslavl: Lovely and beloved Kirov street. One of the main places for mass walks, the embodiment of creative ideas and infinitely interesting institutions in one place. 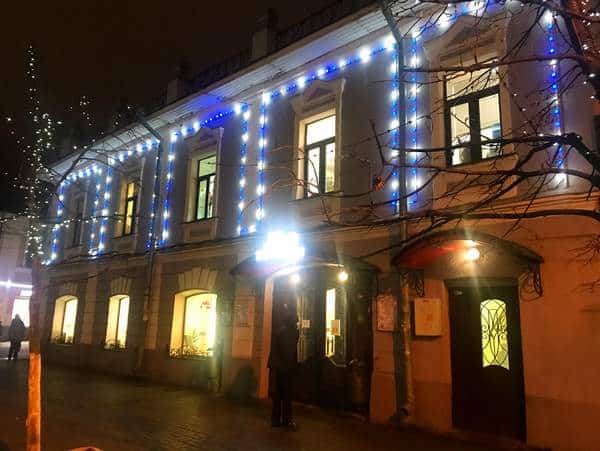 An ancient building with its own unique history. For several years now there has been a storehouse of female stuff, in other words, a paradise for women. Shop “Women’s World”, which also has already prepared for the New Year. 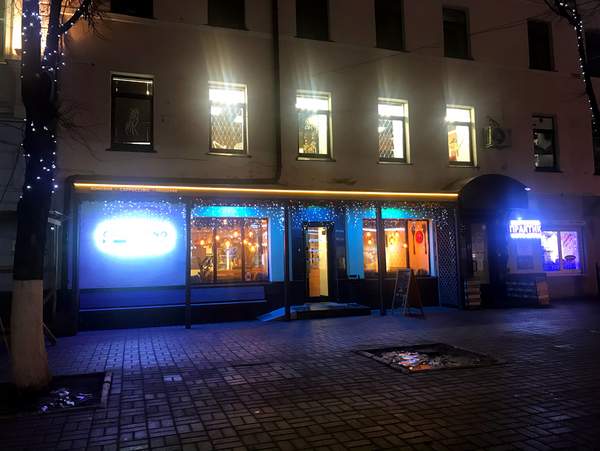 Yaroslavl: You also can’t ignore the new unique cafes of the city, which are preparing for an interruption for the New Year, decorating everything with garlands, and more! 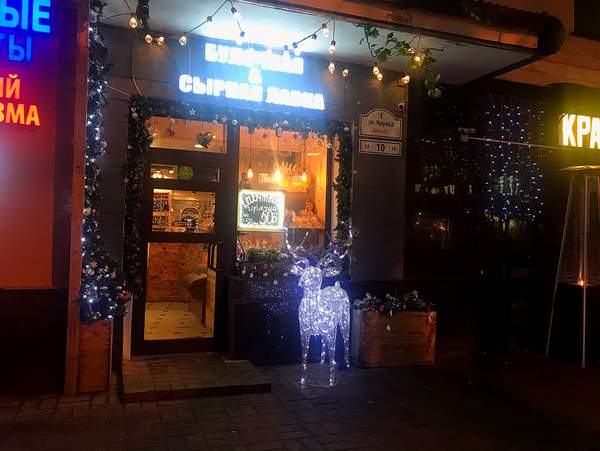 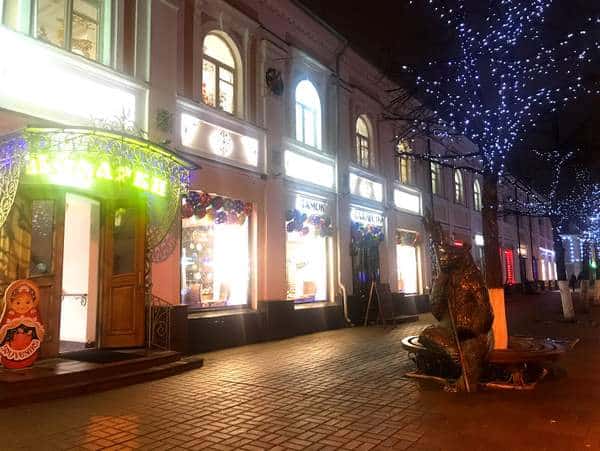 The symbol of beautiful Yaroslavl, the bear, flaunts in many places of the city. And this symbolically reflects the nature of the indigenous people. 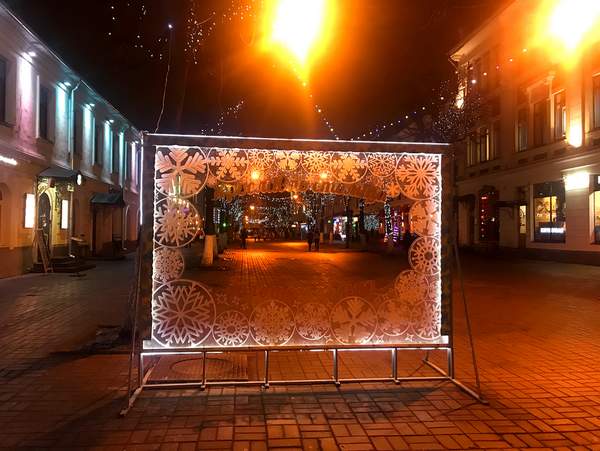 Yaroslavl: Glass selfie photo frame. The most amazing and unique feature in the center of the festive Yaroslavl, which is still very young, only decorates the city for the second year, but is already so popular! 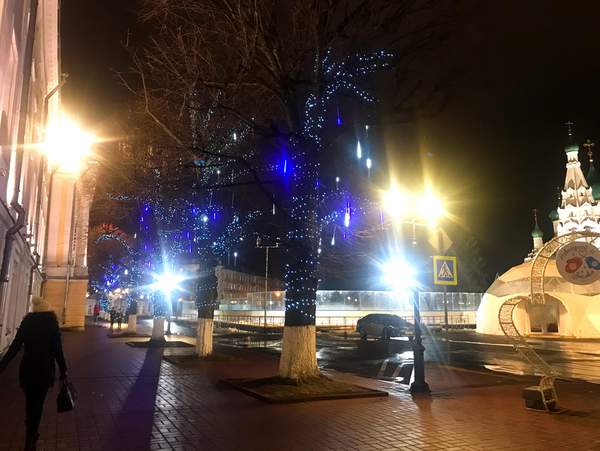 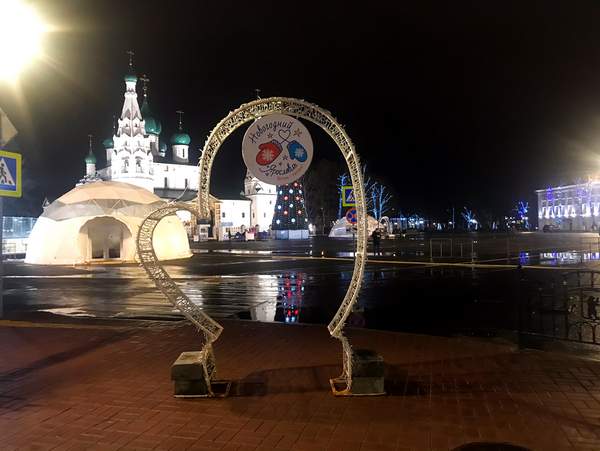 Yaroslavl: The main square of the city. Soviet square. Grandiose, large-scale, historical, the most favorite area of ​​residents and visitors of the city at all holidays, and on ordinary days 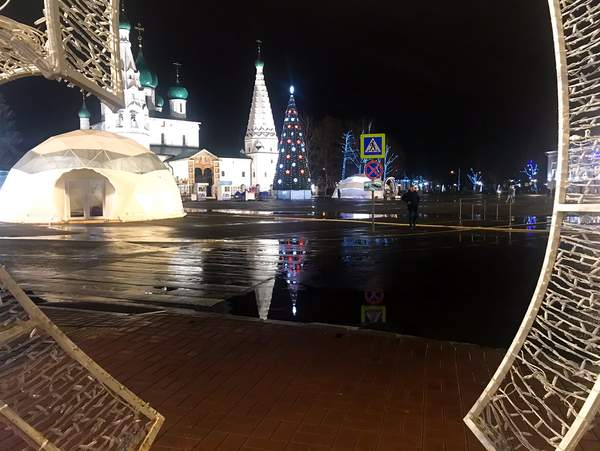 The golden ring in Russia