Home  ›  Russian cities  ›  Tobolsk: One of the historical capitals of Siberia 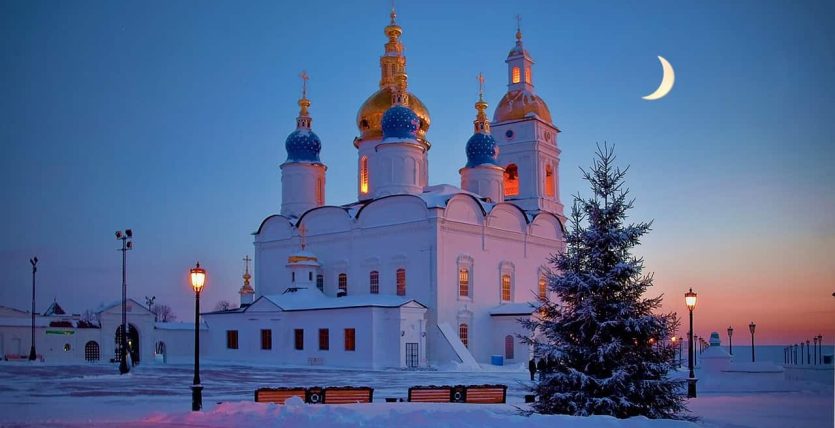 Learn more about Tobolsk in Tyumen oblast, Siberia. One of the oldest settlements east of the Ural Mountains region!

Tobolsk is a town in Tyumen Oblast, Russia, and is a historic capital of the Siberia region. The town is also the second oldest Russian settlement east of the Ural Mountains in Asian Russia.

Tobolsk is the main hub of the southern part of the northern Tyumen region, the second largest city in this region, and the administrative and economic center of three districts Tobolsk, Vagaisysky and Uvatsky.

Due to Tobolsk’s location at the confluence of the Tobol and Irtysh rivers, since its foundation in 1590 Until the middle of the eighteenth century, this city was one of the most important river highways in Siberia.

What kind of climate does Tobolsk have?

Precipitation is moderate and is somewhat higher in summer than at other times of the year.

The economy of modern Tobolsk centers on a major oil refinery and the petrochemical industry. Some traditional crafts, such as bone carving, are also preserved.

When the development of oil and gas fields started in this region, Tobolsk turned into one of the intermediate transportation centers on the railways and highways connecting Tyumen and the city of the Ob region. Also in the Tobolsk region there are a number of oil and gas pipelines.

In 2013, Tobolsk-Polymer opened the largest polypropylene production facility in Russia as part of an initiative to create a large petrochemical complex in the city.

Tobolsk has also become a popular location for tourism in Siberia due to its historical importance, architecture, and natural landscapes.

It is an important educational center of the Russian Orthodox Church, and the seat of Tobolsk Diocese, the first Orthodox diocese in Siberia.

The city has many memorable places to visit:

The Tobolsk kremlin is an elaborate city fortress from the turn of the 17th and 18th centuries. Moreover, its white walls and towers with an ensemble of churches and palatial buildings spectacularly sited on a high river bank were proclaimed a national historical and architectural treasure in 1870.

By the way, Tobolsk is the only town in Siberia and one of the few in Russia which has a standing stone kremlin.

This mansion was built in 1790 in the architectural style of classicism. Moreover, it is one of the first stone buildings in the city. The Russian federal government protects The Governor’s Mansion as a historical monument. It is best known as having housed the last Tsar, Nicholas II, and his family after he abdicated the throne.

The town also contains some remarkable baroque and Neoclassical churches from both the eighteenth and nineteenth centuries. In addition to above, there are several interesting museums, such as:

The Artistic Bone Carving Factory Museum which is the only project of this kind in Russia.

The Land of Siberia: special climate and wild nature!
Previous Post Next
× How can I help you?