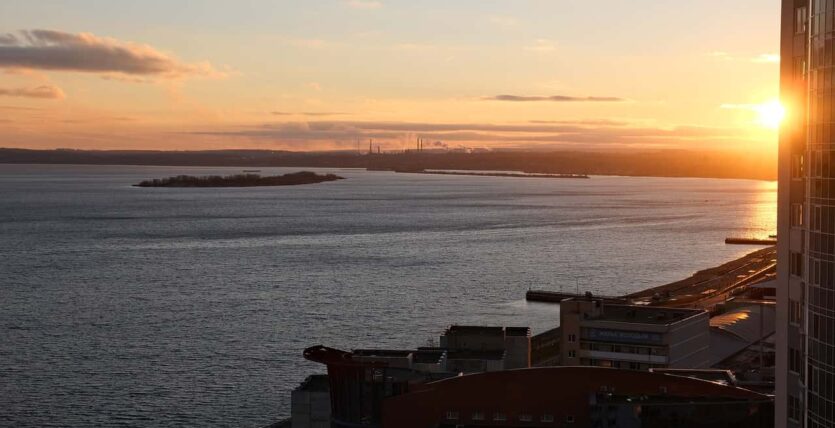 Read about the city of Saratov, which is one of the beautiful cities in the European part of the Russian federation!

Last time, we talked about Saratov’s name origin and meaning, administrative division, population and transportation including airports, railway and waterway!

In this paragraph, we will learn more about its geography, climate and many other interesting information! Join us!

Where is Saratov located on the map?

Saratov is located in the Volga region in the European part of the country. The city stretches along the Volga River for thirty four kilometers from the Guselka River in the north to the Naftianoi railway station in the south. The central and southern parts of Saratov city are located in a basin with a height of fifty to eighty meters above sea level, surrounded on three sides by the low mountains of the Volga Upland: Sokolovaya 165 meters, Lisa 286 meters , Lopatina 274 meters, Altinaya and Ofek.

The distance between Saratov and Moscow is 858 kilometers to the southeast of the capital.

From the west, the city is bounded by the small rivers Elshanka and its tributary Razboyshchina, and from the north by the second Guselka River. And in the south, the Nazarovka River flows with its tributaries Chernikha and Berezina.

What kind of climate does Saratov have?

Saratov has a temperate continental climate. The city is characterized by long winters last for about four months, moderately cold winters, and often hot and dry summers. In winter, especially in late January – early February, there are frosts up to -30 to -35 ° Celsius. Seasonal freezing depth is 150 centimeters, and the average annual temperature is +7.1 ° Celsius.

How long are winter and summer?

Summer lasts from mid-May to mid-September, while winter lasts from late November to the beginning of the last decade of March.

What are the coldest and the warmest months in Saratov?

The coldest months are both January and February, and the warmest is July.

When does the city have its higher level of precipitations?

Average annual precipitation in Saratov is 460 mm. Precipitation falls evenly throughout the year, but is less in the spring. On the other hand, rainfall is maximum in both July and June, and March is the driest month in the year in Samara, where the features of the dry continental climate are more clear.

Though it’s not a millionth city, Saratov is one of the twenty largest cities of Russia, and it is at the same time the center of the Saratov agglomeration, whose population exceeds 1.2 million.

Saratov is a city of regional importance, which together with the Saratov region forms a major cultural, economic and educational center of the Volga region.

In order to get the Russian visa, see and apply these three steps.

Get all the information you need to know about Your Rus Agency about us.

Explore Tyumen Oblast in Western Siberia region!
Previous Post Next
× How can I help you?