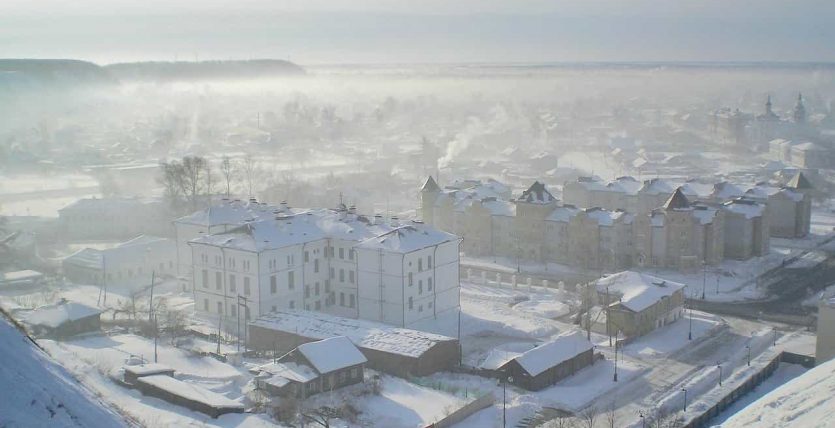 Wonderful Siberia is famous not only for its unique climate and wild nature, but also for its privileged location and beautiful cities! In this paragraph we will learn more about Siberia, its location, population distribution and have a quick overview of its most populous cities!

Where is Siberia located on the map?

Siberia is the lands east of the Ural Mountains, it is a large geographical area in Eastern Europe and Northern Asia. It stretches southwards from the Arctic Ocean to the hills of north-central Kazakhstan, and to the northern parts of Mongolia and China.

1- The main part: the central part of Siberia.

Siberia is vast and sparsely populated, covering an area of over 13.1 million square kilometers, but is home to merely one fifth of Russia’s population. Almost all the inhabitants live in the south, where the winds bring warm air from Central Asia and the Middle East, and that makes the climate warmer and more suitable.

How does the Trans-Siberian Railway affect the distribution of the population?

The Trans-Siberian railway line is one of the longest railway lines in the world, With a length of over 9,289 kilometers, The TSR contributed to linking the Russian cities along its line to each other, passing through the vast Siberian prairies, and facilitating the movement of people and goods among them. This factor has affected the distribution of population and that makes (in addition to the climate factor) almost all the residents lives in the south, along the route of it.

What are the most populous cities in Siberia?

Here are some of the most populous Siberian cities:

Omsk is the administrative center and largest city of Omsk Oblast, Russia. The city has a population of 1,154,546 (2021). In addition to being the historic capital of Siberia, Omsk played an important role in the expansion into and governing of Central Asia.

Krasnoyarsk is the capital of Krasnoyarsk Krai, the city was Founded in 1628 on the left bank of the Yenisei River. Now a days, Krasnoyarsk has a population of over one million inhabitants.

Tyumen is The oldest Russian city in Siberia and it is the administrative center and largest city and of Tyumen Oblast, Russia. The city is located just east of the Ural Mountains. And has a population of over 750,000.

Tyumen was the first Russian settlement in Siberia. It was founded in 1586.

Irkutsk is the largest city and administrative center of Irkutsk Oblast, Russia. With a population of 617,473 as of the 2010 Census, Irkutsk is one of the largest cities in Siberia. Irkutsk was founded in 1652, former seat of Eastern Siberia’s governor general, near lake Baikal

Both of Yekaterinburg and Chelyabinsk in addition to Vladivostok in the Russian far east are Siberian cities in a wider definition.

You can read more about Siberia’s beautiful nature and special climate.

Explore Vladivostok: the capital of the Russian Far East!

Novosibirsk the capital of Siberian
Previous Post Next
× How can I help you?