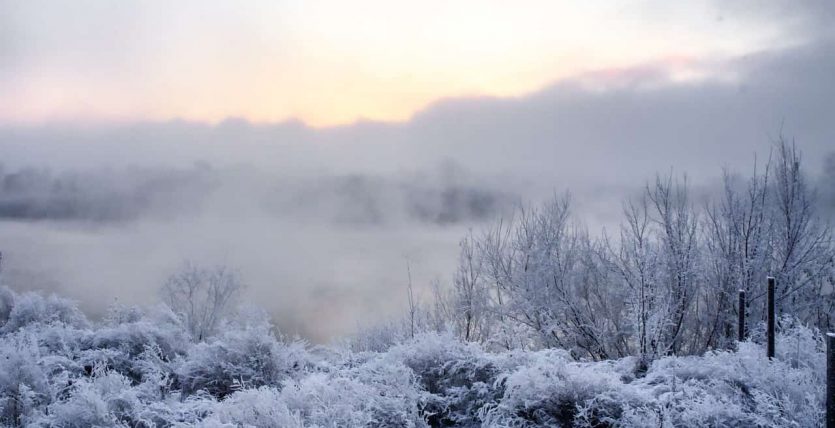 In this paragraph, we will explore the vast land of Siberia. And learn more about its special climate, nature, mountains, lakes and rivers! Lets get start it.

With a January average of −25 °C, Siberia is famous for its long, harsh winters, and its short summers. On the north coast, there is a very short (about one month long) summer. In general, Sakha is the coldest Siberian region, and the basin of the Yana has the lowest temperatures of all. for instance: On 6 February 1933, Oymyakon village in Sakha recorded a temperature of −67.7 °C.

On the other hand, the southernmost part has cold winters, but fairly warm summers lasting at least four months.

In the winter, southern Siberia sits near the center of the semi-permanent Siberian High, so winds are usually light in the winter, where winds bring warm air from Central Asia and the Middle East.

The climate in Western Siberia in for example: Omsk, or Novosibirsk, is several degrees warmer than in the east as in: Irkutsk, or Chita, where in the north an extreme winter subarctic climate prevails.

Precipitation in Siberia is generally low, exceeding 500 millimeters, only in Kamchatka, where moist winds flow from the Sea of Okhotsk onto high mountains producing the region’s only major glaciers. Precipitation is high also in most of Primorsky Krai in the extreme south, where monsoonal influences can produce quite heavy summer rainfall.

Lakes and rivers in Siberia:

Siberia’s geological treasure: Lake Baikal, it is located in Irkutsk krai, and contains more than 20% of the fresh water that is not frozen in the world. The lake is fed by as many as 330 inflowing rivers. The main ones which draining directly into Baikal are the Selenga, the Barguzin, the Upper Angara, the Turka, the Sarma, and the Snezhnaya. It is drained through a single outlet, the Angara.

In addition to: Alazeya, Anabar, Indigirka, Irtysh, Kolyma, Lena, Nizhnyaya Tunguska, Novosibirsk Reservoir, Popigay, Yana and many other, including Katun river in the Altai mountains range.

There are many mountain chains in Siberia, including:

The Urals are a mountain range extending for about 2,400 km in the western part of Russia, and this chain connects Asia and Europe. It extends south from the Arctic Circle to near the Kazakhstan border.
Beauty and scenic views are characteristic of this place, and many travel agencies organize trips there.

Mount Narodnaya is the highest peak of the Ural Mountains in Russia. Its height is 1894 meters. It is in Tyumen Oblast, the name refers to the Naruda River.

With the wonderful landscape, the Altai Mountains are a beautiful tourist destination. the double-headed Belukha, whose peaks reach 4,506 and 4,440 m respectively, is the highest peak in the range. Although it is located in the Altai Republic, Russia, the massive Belukha Mountain rises along the border between Russia and Kazakhstan.

The most famous lake in Siberia: Lake Baikal, is surrounded by mountains, not only the Baikal Mountains on the north shore, but also the Barguzin Range on the northeastern shore.

Beautiful Siberia with its unique climate, and wonderful landscapes, can be an ideal destination for tourism for nature lovers! So if you are one of them, do not miss the adventure!

You can read more about Russian cities

The Trans-Siberian railway: from Moscow to Vladivostok!
Previous Post Next
×