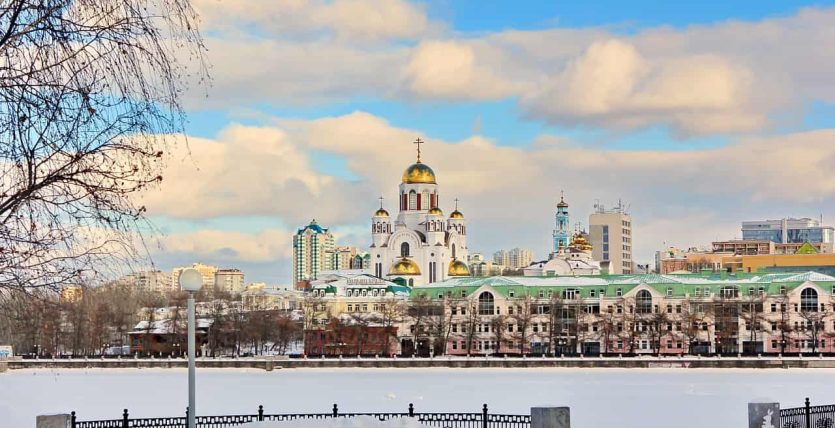 Join us on our trip, and read about the beautiful city of Yekaterinburg, learn more about its history, cultural attractions: theaters, libraries and museums and of course, its interesting architecture!

How did Yekaterinburg get its name?

The city was founded on 18 November 1723 and named after the Russian emperor Peter the Great’s wife, who after his death became Catherine I, Yekaterina being the Russian form of her name.

Yekaterinburg contains many buildings of various architectural styles. In old days, the city had a regular layout, based on the fortresses of the Renaissance and by the principles of French town planning during the seventeenth century. Nowaday the center of Yekaterinburg became the center of new construction, where banks, business centers, hotels, luxury residential complexes, and sports and shopping centers were built. High-tech architecture grew advanced, with buildings such as the Center for Railway Transportation Management. Along with this, postmodernism revived interest in the older architectural styles of Yekaterinburg, growing more emphasis on historicalism and contextualism. In the late 1990s, architects grew interested in regionalism. In 2010, Yekaterinburg became one of the largest centers for the construction of High-rise buildings. In the city, 1,189 high-rise buildings were built, including twenty skyscrapers, the tallest of which is the Iset Tower, with a height of 209 meters.

Notable cultural and architectural attractions to visit in Yekaterinburg:

If you are interested in cultural activities, you have several choices:

In addition to its industrial importance, The city of Yekaterinburg is also a multipurpose cultural center of the Urals Federal District. Therefore, you can see many libraries and theaters in it.
For instant: The Sverdlovsk Oblast Universal Scientific Library, the V.G. Belinsky Scientific Library, which is the largest public library in Sverdlovsk Oblast, and the Municipal Library Association, which is composed of 41 libraries throughout the city, including the AI Herzen Central City Library.

Yekaterinburg has also the third most theaters in Russia. Notable theatres that operate in the city are the Yekaterinburg State Academic Opera and Ballet Theater, Academic Theater of Musical Comedy, Drama Theater, Kolyada-Theater, the youth theater, and the puppet theater, as well as others.

Yekaterinburg has unique museum collections, such as the collections of Russian paintings in the Yekaterinburg Museum of Fine Arts, and don’t forget the Nevyansk icons in the Nevyansk Icon Museum, with more than three hundred icons representing the eighteenth through the twentieth centuries on display.

Moreover, The United Museum of Writers of the Urals presents exhibitions in memory of writers such as Dmitry Mamin-Sibiryak and Pavel Bazhov. It also is the home of the Shigirskaya Kladovaya, or Shigir Collection, which includes the oldest known wooden sculpture in the world. The sculpture was found near Nevyansk and now is estimated to have been made 11,500 years ago.

Every year, the museums of Yekaterinburg participate in the international event “Long Night of Museums”.

Other places you may like to visit while you are in Yekaterinburg:

You can learn more about Siberia’s beautiful nature and special climate.

You can also read about the Russian cities.

Traveling around St. Petersburg with Your-rus.com

Krasnodar city
Previous Post Next
× How can I help you?