Home  ›  Russian cities  ›  Explore Pskov: One of the oldest cities in Russia! 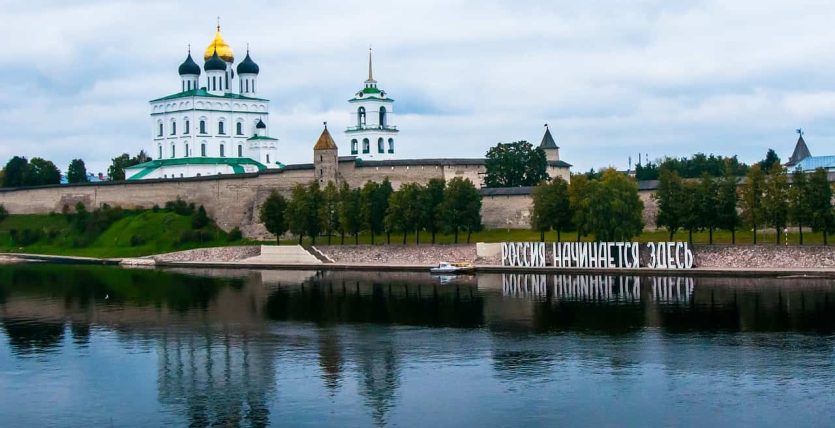 Explore Pskov: One of the oldest cites in Russia!

Although only three of the five stone walls remain, this does not lose Pskov any of its charm. Join us on our tour and get to know this wonderful city.

Pskov is a city in northwestern Russia and the administrative center of the Oblast of the same name. It is about twenty kilometers east from the Estonian border. The town has a Population of 203,279 residents according to the 2010 Census.
Pskov is one of the oldest cities in Russia! Historically, it was known in English as Plescow, and served as the capital of the Pskov Republic.

As mentioned above, Pskov is located in the middle of the Pskov Lowland in the west of the European part of the Russian federation, at the confluence of both of the river of the same name and Velikaya river. The city has an area of 95.6 square kilometers. The length of the city from north to south is 9.2 kilometers and from west to east 10 kilometers. The average height above sea level is 46.5 meters.

The Kremlin of Pskov:

The city’s Kremlin is situated on the right bank of the Velikaya River. It consists of two parts the inner fortress and the “Kremlin” and the Church of the Holy Trinity located on the square where the city board meetings were held “Vecha Square”, and the outer section Dovmentov city. (Prince Doument ruled the city in the 13th century) where the city is surrounded by a wall around it to a fortified castle.

This castle is distinguished from other Russian castles because the city until the 18th century was in a state of war, so it contains a large number of fortifications, some of which date back to the 15th century.

In such a charming historical city, a visit to the museum might be a good idea especially if you are interested in history, surely Pskov can give you many options:

The Pskov Museum-Reserve is one of the oldest museums in the country, it opened in 1876 . It houses 74 monuments of federal significance, among which four are recognized as objects of special value of the cultural heritage of the peoples of Russia. In addition, the museum has eight branches, including the only memorial museums in the country for composer Modest Mussorgsky and the first Russian woman mathematician Sofia Kovalevskaya, as well as composer Nikolai Rimsky-Korsakov and writer Margarita Yamchikova. In July 2019, the consolidated Pskov-Izboursk Museum was registered, which was created on the basis of the Izboursk Museum Reserve, which also included the Pskov Museum-Reserve.

There are also: The United State Historical, Architectural and Artistic Museum of Pskov,  Railway Museum, craft house, Folk Arts Center and many other centers.

The city implements a joint project of the Government of the Russian Federation and the World Bank “Preservation and use of the cultural heritage of Russia”, the result of which will be the creation of the “Museum Quarter”  a unified area of museum and tourist services. In 2019, they began extensive repair and restoration work with restoration of the original appearance at three historic sites: The Pogankin Rooms, the building of the former technical and industrial school named after N.F.

In addition to preserving its historical monuments, the city of Pskov is nowaday a modern city. Many industrial institutions, universities, educational and scientific institutes, as well as museums, cinemas, public libraries, hospitals, and various medical institutions are located in it, making it a tourist attraction center for visitors throughout the year.

You can also read more about the beautiful Russian cities.

List of five cities: A trip on the line of The Trans-Siberian railway!
Previous Post Next
× How can I help you?