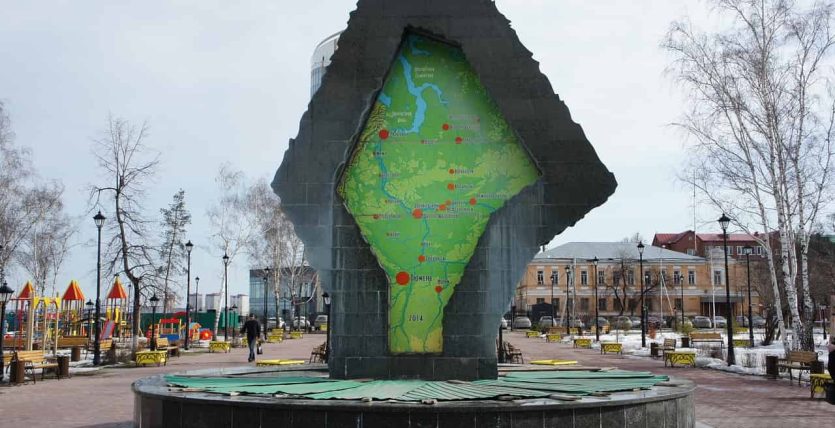 Tyumen or Tyumenskaya oblast as it’s known in Russian, is a federal subject of the Russian federation. It was founded on August 14, 1944. In geography, the oblast is situated in Western Siberia region, on the other hand, it is administratively a part of the Urals Federal District.

According to the 2010 census, this oblast has a population of 3,395,755 inhabitants. Tyumen Oblast including its autonomous okrugs is also the third largest federal subject by area, as the territory covers 160,100 square kilometers. geographically, It is located in the basin of the river. The biggest rivers are the Tura, Tobol, Pyshma, Iset, Tavda, Ishim, Agan, Irtysh, Tanama and Noska.

Tyumen Oblast is the country’s largest producer not only of oil, but also of natural gas too. At present, the oblast is by far the richest federal subject of Russia, due to the oil boom it has experienced since the early 2000s.

The rapid growth of the fuel industry has made the territory, with per capita GDP several times the national average, since 2006.

Today, Tyumen is a service center for gas and oil industries: it has the highest level of oil and gas production of any region in Russia. And a number of the largest companies has representative offices in Tyumen.

Transportation in the oblast is by the motor, railway, aviation and river communication system, as the river port is a cargo center and a link between rail, road and air transport. On the other hand, the railway takes the leading position in freight traffic.

Moreover, there is the Roschino International Airport which is 13 kilometers west of the city of Tyumen. In addetion to Plekhanovo Airport, which is also in the area.

The climate in Tyumen is arctic, sub-arctic and temperate in the north, center and south, respectively. The average January temperature ranges from -17 °C in the Oblast to -27 °C in the north. Moreover, the duration of the frost period is 130 in Tyumen to 210 days a year or even more in the tundra region.

The most important cities and towns in Tyumen Oblast:

There are many beautiful residential centers in the oblast, for instance:

The city of Tyumen:

Tyumen is the largest city and capital of the oblast of the same name, and it is also the first Russian settlement east of the Ural Mountains. Tyumen today is a major industrial, scientific, cultural and sports center. The city’s landmarks have changed greatly in recent years, and modern residential neighborhoods, streets, and bridges have emerged. There are also many historical and architectural monuments in the city, which makes Tyumen a beautiful city worth visiting.

This town was founded in 1590, It is located at the confluence of the Tobol and Irtysh rivers. It has a Population of 99,694 residents as the Census of 2010.

Tobolsk is the second oldest Russian settlement east of the Ural Mountains in Asian Russia, and is a historic capital of the Siberia region.

Ishim is a town in the south of Tyumen Oblast with a Population of 65,243 inhabitants according to 2010 Census. It was previously known as Korkina Sloboda until 1782.

Zavodoukovsk is located on the Bolshoy Uk River 96 kilometers southeast of Tyumen city the capital of the oblast. As of the 2010 Census, its population was 25,647 inhabitants.

Read more about the administrative center of Tyumen Oblast.

The Land of Siberia: special climate and wild nature!
Previous Post Next
× How can I help you?