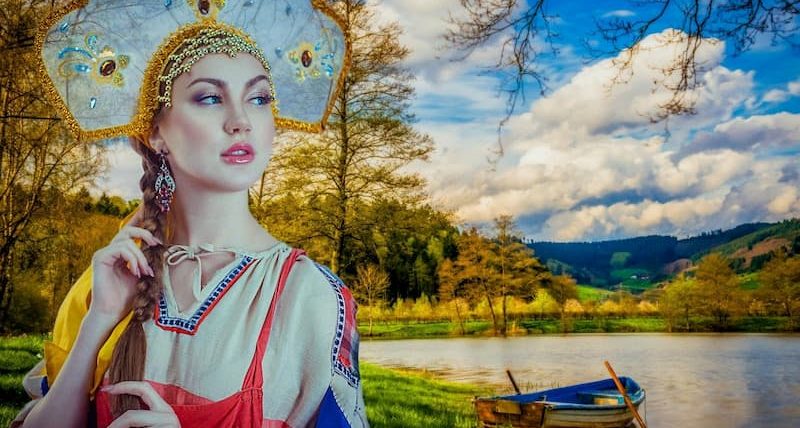 Russia is the largest land area country that offers a broad spectrum of tourist attractions if they want to visit Russia and require Russian Visa for it starting from high mountains, sailing over deep lakes, traveling in the longest railways, stepping in streets of beautiful cities, and eye witnessing the world’s classical ancient culture. Easy to obtain a travel visa makes it a must-visit place in the northernmost part of Asia and the easternmost part of Europe. If a person is stepping foot on stairs of Kremlin or traveling in trans-Siberian, the travel trip of Russia is a never forgotten experience in one person’s life. Keeping in mind the dreams a tourist has in mind once he sets off for travel to a country,

some of the must-visit destinations is explained in succeeding paragraphs:

Began construction in the reign of Tsar Alexander III in 1891 and completed by his successor Nicholas II, in the year of 1916, famously known as the line of Tsars. The train is equipped with a variety of first, second, and third-class sleepers with many containing private bathrooms, and showers are extensively used by many travelers as a stay over the night once they have to travel from one destination to the other. Many travelers who come to visit Russia they travel on this famous line.

Located in Southern Russia’s mountain Range of Caucasus, Elbrus is included in the list of one of the seven highest peaks on each continent. It is an attraction for mountaineers who solely want to get Russian visa to climb this famous peak. The Russian tourism industry has installed a system of the cable car which is capable of transporting the people up to a height of 3800 meters on the mountain.

The second-largest field containing geysers in the world is situated on the peninsula of Kamchatka in the Far East region of Russia. Discovered in the early 1940s, it has become one of the famous tourist attractions for visit Russia located in Kamchatka and is visited by thousands of travelers and scientist get the visa to study science behind these geysers around the clock.

Geographically located on the bank of the Black Sea, Sochi is one of the destinations for great winter sports destinations. It is famously known for hosting the 2014 winter Olympics which held in Russia. Process of getting Russian Visa was streamlined after holding the 2018 FIFA world cup. Sochi is also famously known for its highest tree plantation in the northern region of Russia.

Deepest and oldest lake on Earth, Lake Baikal attracts almost all tourists on their journey on the Trans-Siberian railway. It is a famous fact about Lake Baikal that it contains almost 20 percent of the complete world’s freshwater. The local population believes it to have an age of 25-million years old. Lake is surrounded by mountains which further adds to its beauty and uniqueness. Commonly known as the Siberian pearl due to its clearest water, it is home to several hotels and resorts, making the surrounding area an outstanding vacation destination. Being deepest lake of the world it is a famous attraction for tourists to get Russian visa and float in one of the world’s deepest freshwaters.

The capital city of Russia, it is the most famous and important city in Russia, not only for political reason being but due to its famous tourist resorts and attractions. The population of approximately 12 million is also well known its rich art, makes it outclass in a race among other major cities of Russia. Domes of onion shapes which are mostly churches fill the skyline of Moscow and force tourists to get Russian Visa in order to visit Russia filled with history and are testimony of a rich culture.
An outstanding architecture, Kremlin Red Square is one of the largest squares in the world of its kind. City also contains statues of Stalin and Lenin, famous leaders of Russia in the 20th century. The Kremlin is a must-see tourist attraction for anyone visiting Russia in general and Moscow in particular. It is home to the nation’s governmental officials. Grounds of around space of 250 acres are filled with armory is filled with state of the art royal treasures of the historical past, and also contains an exhibition of the diamond fund, a jewelry collection that contains 200 carats of diamond presented to Catherine the Great.

Though smaller in size than Russia, St Petersburg has so many attractions filled in it that people who visit Russia consider it impossible to visit all places in one day. If compared to Moscow, it is filled with more of a European look mixed with Russian history which one can feel around every corner of the city. mixing in with history around every corner. Due to immense beauty and canal system, it is famously known as Venice of North.
Many travelers and historian get Russian visa to visit the second-largest museum of cultural art in the world, Hermitage Museum is perhaps St. Petersburg’s most well-known attraction for tourists. Among the other famous are Moika Palace and 19th-century Russian Orthodox Museum St. Isaac’s Cathedral.
On a journey of half an hour, built in the 1700s as a summer’s residence of emperor Peter the Great, it is a copy of the Versailles’s palace in France. It is yet again a more fascinating tourist site.

Russia has a rich culture and has streamlined Russian visa obtaining procedure that many people all around the globe come to visit Russia due to history of past emperors and Tsars which becomes visible to a tourist once they see Kremlin, Cathedrals in Moscow, and St. Petersburg. Furthermore, the longest train journey of Trans-Siberia takes visitors across many tourist attractions which once they see are forced to visit as being human beings they can’t ignore such scenic beauty and let it go past in front of their eyes.

Coronavirus Covid 19 crosses Russia safely
Previous Post Next
× How can I help you?