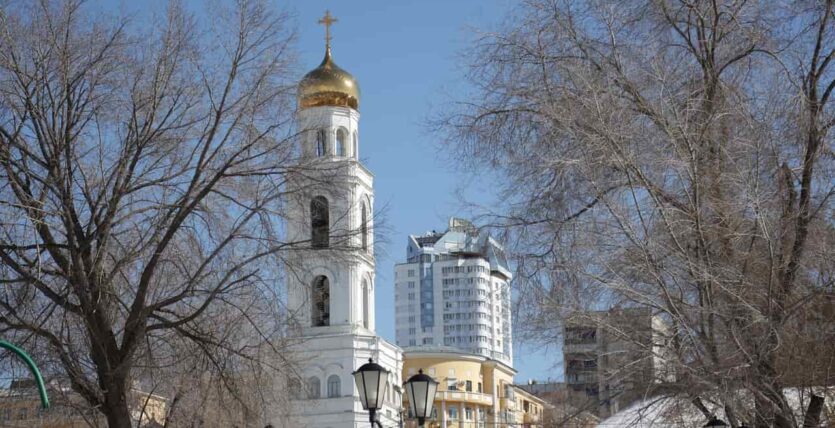 Samara is a city with a special importance as it is a social, industrial, cultural center of the Russian Federation. Join us and learn more about samara’s location, population, transportation and importance. Lets get start it!

Samara is located in the European part of the Russian Federation, at the confluence of the Volga and Samara rivers. The city has an irregular shape cut in the north, with an area of about 541 square kilometers.
Geographical coordinates of the historical part of the city are latitude 53° 12 North and longitude 50° 06 East.
The geographical coordinates of Samara Residential Center are 53° 13’19 North latitude and 50° 11’36 East Longitude.

With a total population of over one million inhabitants, Samara is one of the large cities in Russia as it is the eighth populous city in the country.

Why is Samara an important city in Russia?

This city is a major economic,industrial, transportation, scientific, social, educational and cultural center of the country. Samara is also a major center for the mechanical engineering, metalworking, mining, oil refining, and food industries, as well as the aerospace and aviation industries.
Samara has one of the longest river banks in Russia and it is one of the largest regions and has the tallest railway station building in Europe.

Moreover, the city has more than 150 large and medium-sized industrial enterprises, and in 2018, it hosted some of the FIFA World Cup matches.

Due to its special location at the confluence of both the Volga and Samara rivers, and as it is located on the M5 highway which is a major road between Moscow and the Ural region, Samara is serving as a major transport hub.

On the other hand, there are railways that connect to Moscow and other major Russian cities.And in 2001 the city announced the completion of the construction of  its unusual new railway station.

In addition to above, Samara has an international airport serves the region. Kurumoch International Airport handles flights throughout Russia and Central Asia and also to several destinations including: Frankfurt, Prague, Helsinki and Dubai.

Samara is a leading industrial center in the Volga region and is among the top ten Russian cities in terms of national income and industrial production volume.
The city is known for the production of aerospace launch vehicles, satellites and various space services (Progress State Research and Production Rocket Space Center), engines and cables, in addition to various types of industries including chemical, electrical and food such as chocolates made by the Russia Chocolate Factory.

Explore Tyumen Oblast in Western Siberia region!
Previous Post Next
× How can I help you?