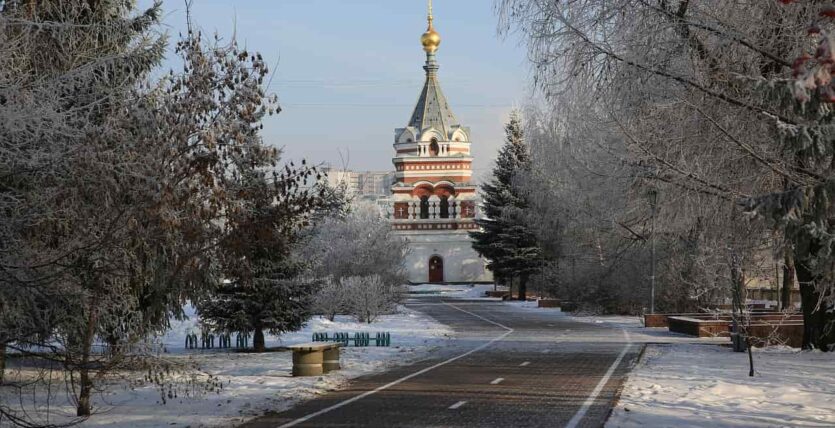 In this paragraph, we will Learn more about this city’s location, population, importance and many other interesting information. Join us!

Where can I find Omsk on the map of Russia?

Omsk city in Russia is the administrative center and largest city of the Oblast of the same name. The city is situated in southwestern Siberia region in the Asian part of the Russian Federation. It is just about 450 kilometers north of the capital of Kazakhstan Nur-Sultan, and 600 kilometers west of the city of Novosibirsk the largest city in Siberia.

And here are the distance to some major Russian cities from Omsk:

Distance to the capital, Moscow: 2238.6 kilometers.

And, finally, the distance between Vladivostok and Omsk is 4,322 kilometers.

Where did Omsk have its name from?

The foundation of the city was in 1716, and it named after the Om river. And “The quiet one” is the meaning of the name in the dialect of Baraba Tatars.

According to the latest census, The city has a population of over one million residents as it reached 1,139,897 residents as the 2021 census listed.

Omsk as a transport node:

In fact, Omsk is serving as a train station for the Trans-Siberian Railway and as a river port. Therefore, this city has a special importance as it is a main transport node:

Omsk is an important railroad hub, and is the junction point for the northern and southern branches of the Trans-Siberian Railway. Above all, the city also serves as a major hub for the regional highway network.

The city’s River port facilities also handle both passengers and freight, giving the city access to navigating the extensive waterways of the Irtysh and Om River. On the other hand, the waterways connect Omsk with the coal and mineral-mining towns further up the river in Kazakhstan, as well as with the oil, natural gas and lumber operations of northern Siberia.

In addition to above, Omsk is an important aviation hub for Siberia and the Russian Far East, as it is served by the Tsentralny Airport.

In fact, the Tsentralny Airport serves the city, and offers access to not only domestic destinations, but also to international (primarily, German and Kazakh) destinations.

The central administrative district covers the central part of the city. In fact, The most important cultural and industrial sites are concentrated here.

In the Central Administrative District there are the Omsk State Musical Theatre, the Academic Drama Theatre, the Children’s and Youth Theater, A. Blinov, the Omsk Circus, other cultural and artistic institutions.

Learn about the longest railway line in the would the Trans-Siberian railway (TSR).

Explore Yekaterinburg: The largest city in the Ural region!
Previous Post Next
× How can I help you?