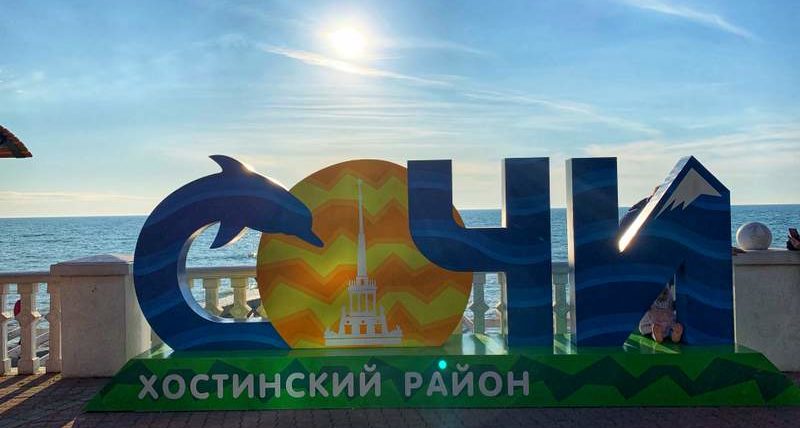 Undoubtedly, the city of Sochi is now familiar to almost all the inhabitants of our planet. The 2014 Olympics, which took place in this wonderful city, did not leave anyone indifferent. This is truly a unique place, with its culture, mild, warm climate and magnificent views of nature. Local color, national cuisine, landscapes and, of course, the sea … Only a small list of reasons to return here again and again. 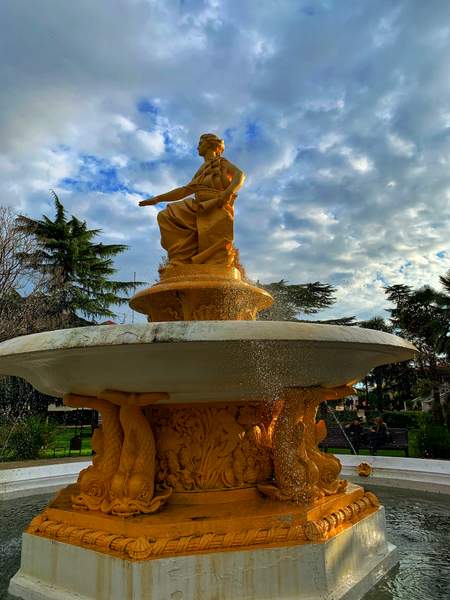 After the Olympics that took place here, the city has undoubtedly changed. There are new transport interchanges, new buildings and places for recreation. Now tourists come to Sochi not only from Russia, but also from all over the world.

And in the Olympic capital there really is something to see!

So, the first thing that many who come to this beautiful city see is the building of the Sochi railway station.
And for someone, it is from this place that an exciting journey through the famous resort begins …

The first station building was built in 1923, and the second in 1939. And already in 1975 it was listed in the UNESCO Red List and included in the list of local architectural monuments. And yet, this building, which is located in the central area, is recognized as one of the most beautiful in Europe! 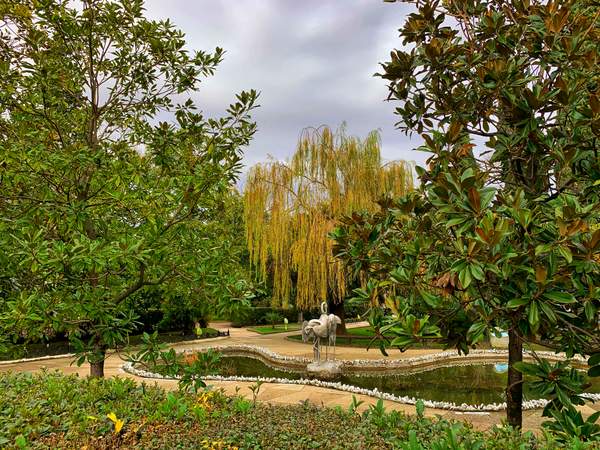 Another of Sochi’s attractions is the Riviera Park. It can be called one of the “calling cards” of the city, which is recognized by those who rested here in 70-80 years, and at the present time.
All the children, especially in the summer, begs their parents to bring them here. In the park there are attractions, and a rose garden, and a dolphinarium, and a concert hall … It’s easier to list what is not there.
Besides the fact that you can have fun there, entertain the younger generation, you can also have a bite to eat at the café of local cuisine, watch various performances, and relax, admiring the wonderful roses, for example.

Undoubtedly, the “pearl clock” that is installed right at the entrance is a landmark of the park. This is an absolutely unique sculpture, where in the center of the shell, instead of a pearl, a round clock is installed.
The rose garden, which was restored in 2004, is also popular, especially in the spring, when everything blooms and smells sweet.
Even in the park you can see a small pond, which is noteworthy in that it completely repeats the shape of the Black Sea. It appeared back in 1960, and now it is one of the most beautiful places, with water lilies and goldfish.
There are also many unique and interesting sculptures, fountains, shops of lovers, a bench for use, and there is a wonderful alley of astronauts. 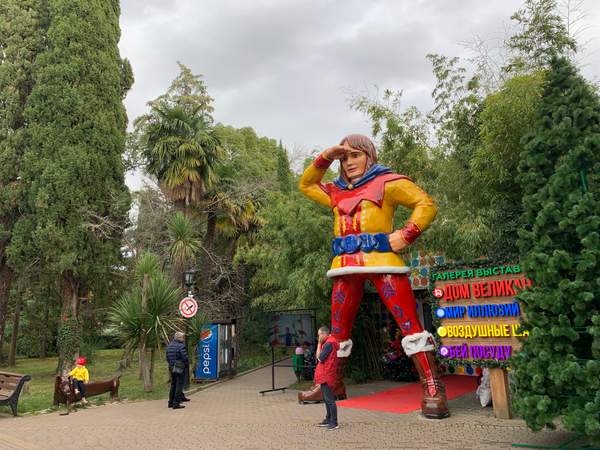 The seaport can be safely called the “heart” of the Olympic capital. The station was opened back in 1955, and today it is a monument of architecture of federal significance.
Well, in front of the seaport building, we can observe an interesting sculpture – this is the goddess of navigation.
It is she who adorns the fountain, which is installed next to the station.
And also, a popular film of the Soviet time “Diamond Hand” was shot here.
It is impossible not to note that the pier for cruise ships is also incredibly beautiful. Often at this place you can meet fishermen and people who for quite reasonable money will be able to arrange a boat trip for you.

No less beautiful in Sochi and places for tourists. Hotels are located on the first coastline of the Black Sea coast, from whose windows a magnificent view of the sea opens.
Hotel Pullman

Another undoubted attraction of the city is the Winter Theater. It is here that all the major premieres, performances and all the “Christmas Trees” are held.
The building is also recognized as an architectural monument at the federal level.
The opening of the theater took place in 1938. In addition, the Sochi Philharmonic Hall is located here, the doors of which were opened in 1968.
The building is simply striking in its monumentality and beauty. It has 88 columns that create an architectural composition.

Speaking of Sochi, it is impossible not to mention the Arboretum park. This is one of the greenest places in the city with a vast territory of 46 hectares. Here grow trees and shrubs brought absolutely from different parts of the world. The arboretum is divided into two parts – Upper and Lower.
In this picturesque corner you can not only meet unusual plants, but also beautiful animals and birds: peacocks, nutria, parrots. Going around this place is not enough for a whole day!

Local cuisine in Sochi, like in any other city, like to eat deliciously.
Therefore, both restaurants and cafes with national cuisine and fast food establishments are common here.
Khinkalnaya “White Nights”

Park located next to the Winter Theater. Even in winter, everything is bright and saturated. Also offers beautiful sea views.
Fountain on the Black Sea Street

From the city that you liked, you must definitely bring something.
In Sochi, there are a lot of shops with souvenir products. You can easily choose a memorabilia about the city for yourself or your family.

Well and, of course, the most important thing! That is why thousands of people come here …. The Black Sea coast.

Our company YourRus provides travel services with ease and ease. We issue visa invitations to Russia. You can easily and quickly receive: Russian visa invitation from our company. We are certified in Russia for visa services and are registered in Russian tourism.